The third transnational meeting of schools and students involved in the Erasmus + project "The Image of the EU in the Post-truth Era" was held in the High School Vladimir Nazor in Zadar from March 31 to April 6, 2019.

Twenty students each from the partner schools of the Gesamtschule der Stadt Bruhl in Germany, IES Binissalem, Mallorca, Spain and the Cantonschule Musegg of Lucerne, Switzerland paid a working visit to Zadar.

The topics discussed at this meeting were the upcoming elections for the EU Parliament, their presenting in the media and investigating fake news. The students, besides the participation in the workshops, had the task of making a film that will encourage, especially young people, to vote in the upcoming EU elections and take an active part in social life and start writing a blog on the same topic.

On the first  day, Monday April 1, 2019, after a short welcome program, each school presented how  the upcoming EU

the elections were presented in various media and on social networks in their countries.

After completing the first assignment, the students of the host school, like the real tourist guides,  took their guests around the peninsula of Zadar and thus showed them and presented the beauties of our city.

On Tuesday and Thursday, students participated in very interesting workshops on creating news, writing blogs, ethics in posts on various social networks, fake news and their impact on our thinking in politics, held by our well-known journalist from Zadar, Šime Vičević, Ph.D. Ivana Zovko, Professor in the Department of Hispanic Studies and Iberian Studies, University of Zadar, Ph.D. Kresimir

Vladimir Nazor. Although the schedule was demanding, the students enjoyed participating in all the workshops with pleasure.

Wednesday was scheduled for a trip to Zagreb. We visited the House of Europe, where we  where we listened to interesting lectures on the right and duty of all citizens to vote , on  what the EU does to counteract false news and education on the subject, with a particular focus on the younger population.

As this was for almost all students and teachers  the first visit to Croatia, the students of the Gornjogradska gimnazija -

introduce them to the history and sights of our capital.

Friday morning is reserved for student reports of the past week. Divided into groups , the students wrote independently, with a little help from the teachers, reports on every single day spent in Zadar, made a presentation and published their reports

on the eTwinning portal page that tracks all Erasmus + projects. One group of students was finishing

their blog articles while another group was finishing the film with the help of Mr. Robert Kikovic from HRT center in Zadar.

Puppet Theater in the evening, which was attended by all the project participants and their students

students and parents host. At the end of the week there was a farewell party where our students, teachers and parents prepared a rich snack for everyone to enjoy. With music and dance, we have completed another successful week in our Erasmus + project.

Our partners, students and teachers, departed from Zadar on Saturday, April 6, 2019 and arrived happily

Hopefully, they have brought back many fond memories and experiences from Zadar 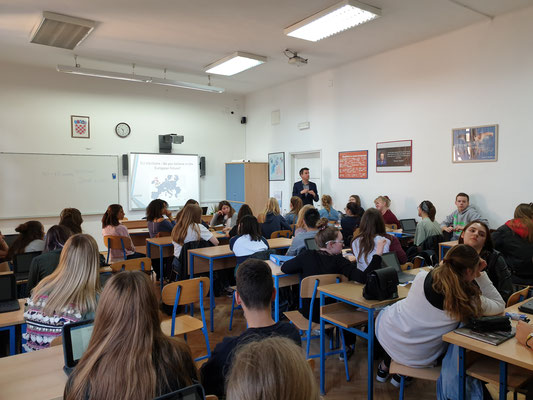 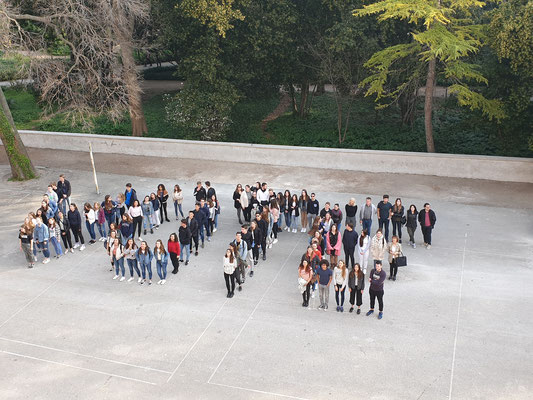 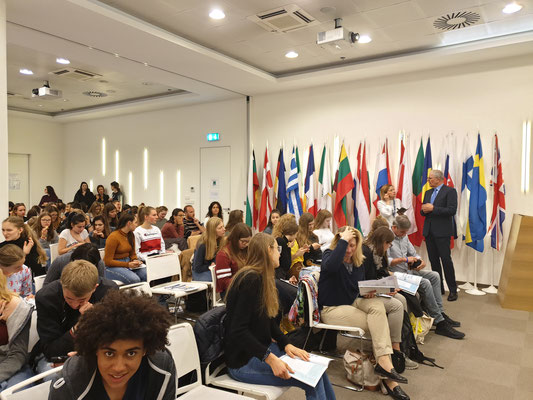 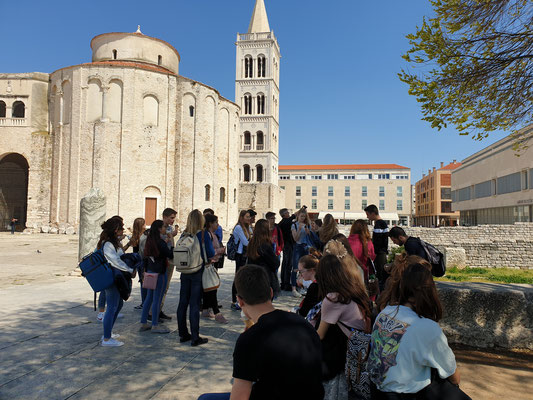 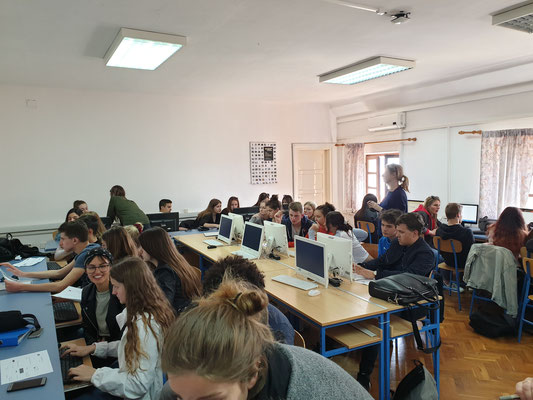