Hello guys!!! You won’t believe this comparison of the results in participation of Spain, Germany and Croatia in the last european elections of 2019 and the ones in 2014. We have also found some interesting facts that we want to share with you.

In Spain there has been a big increase in the number of participants in the european elections. In 2014 only 45’83% of the total population voted, but in 2019 there was a difference of 18’47% of votes. Can you believe it?! So in this year 64’3% of the electors voted. And now you will think why did Spanish electors do this? Well, you have to know, the european elections were on the 29th May, on the same day the local and autonomical elections took place. This made that more people went to vote.

In Germany there has also been a similar increasement. In  2014, 48’12% electors voted and in 2019 61’4%. This means a difference of 13’28% of the electors. But in Germany, the increasement wasn’t for the same reason as in Spain. There is a political party, “Grünen” that made a really good contact with young people about climate change. This resulted into a rise of the votes of young people and also in the amount of votes of the country. So this means that young people have a really big influence in the results of the european elections. Amazing, isn’t it?

This year there has been an increase in the participation. It has increased but not that much as in Spain or Germany. In 2014 the participation was 25’4% and in 2019 a 29’86% of the total voters. As you can see there is only a difference of 4%. It’s incredible that in some countries it has increased nearly a 20%, like in Spain, but only a little percentage in Croatia. Surprising, isn’t it?

In conclusion, we think that the reason of these percentages is the year of incorporation of each country. For example, the founding member states of the EU have more than 50’62% participation (the average of participation in EU), and most of the more recent countries have a lower participation in the elections, except for Poland (45’68%) and Romania (51’20%). We wonder why this happened, what do you think about these exceptions? 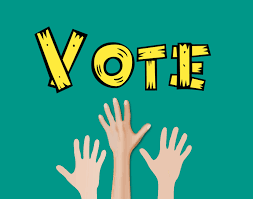