KIRA PETER-HANSEN THE YOUNGEST EVER MEP.

Did you know that the youngest MEP ever was elected in the last EU elections? Her name is Kira Peter-Hansen, she is just 21 and comes from Denmark. She was still studying at university when she was elected.

Her main goal is to try to fight against global warming and climate change, like we should do. She thinks that “ Moving 3,000 people from Brussels to Strasbourg every month is not eco-friendly”, adding that, she was "really thinking" about how to reduce her carbon footprint when travelling to the Parliamentary sessions.

When she was elected she felt embarrassed to say her age because Kira was worried about how people would see her and if they would respect her. Could you imagine being her? She’s only a few years older than us! 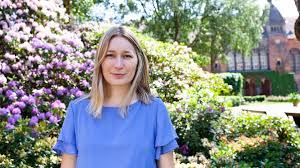